Preah Monivong National Park known as Bokor National Park located in Teuk Chhou District, Kampot province. Bokor Mountain was found by the French in 1917 and developed into a resort in 1921.

500 Rice Field is 17 kilometres from the Thansur Bokor Highland Resort and takes about 30 minutes by car to reach the site.

Preah Monivong National Park known as Bokor National Park located in Teuk Chhou District, Kampot province. It is 1,075 metres high above sea level and about 11 kilometres from kampot town to the foot of the mountain and 32 kilometres from the foot to the cloudy peak. Bokor Mountain was found by the French in 1917 and developed into a resort in 1921. It was the famous summer escape for the French elites and royal family.
Bokor National Park is one of Cambodia’s most beautiful and most mystical national parks. It is popular for its cool mountain climate and remains a year-round favourite amongst locals and foreigners. It offers a breathtaking view from the hill top overlooking Cambodian coastal line and many beautiful offshore islands. The park consists of misty tropical jungles sprawling over mountains teeming with wildlife, fresh mountains streams and waterfalls. Bokor National Park is a place for ride, scenery, cool mountain air, adventure, and relaxation.

Damnak Sla Khmao or Black Palace was King Sihanouk’s residence. It was built by brick and black wood in 1936. The doors and windows were all gone but the villa is still in good shape. You will find amazing view of the cliff behind and also beautiful sunset at the late afternoon. 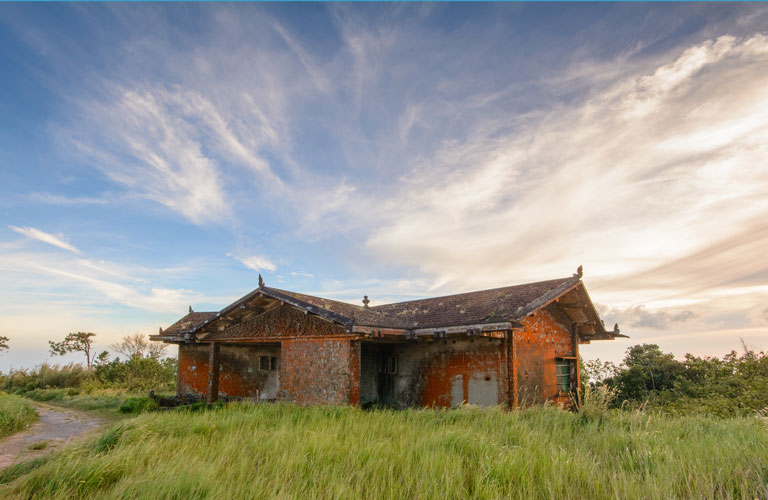 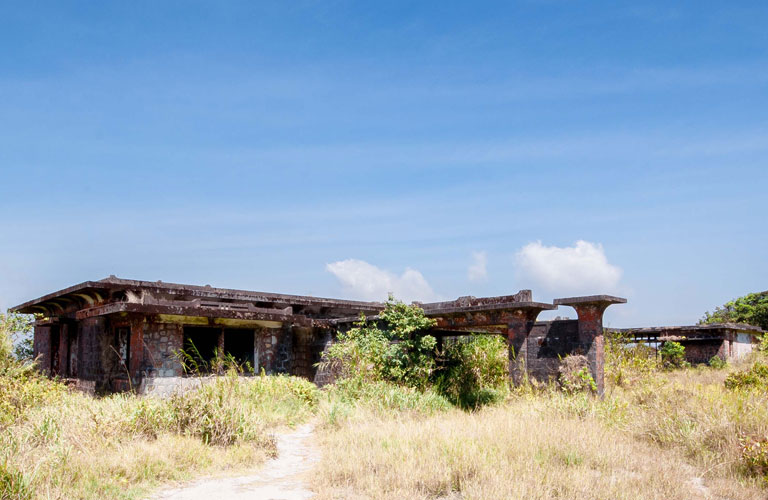 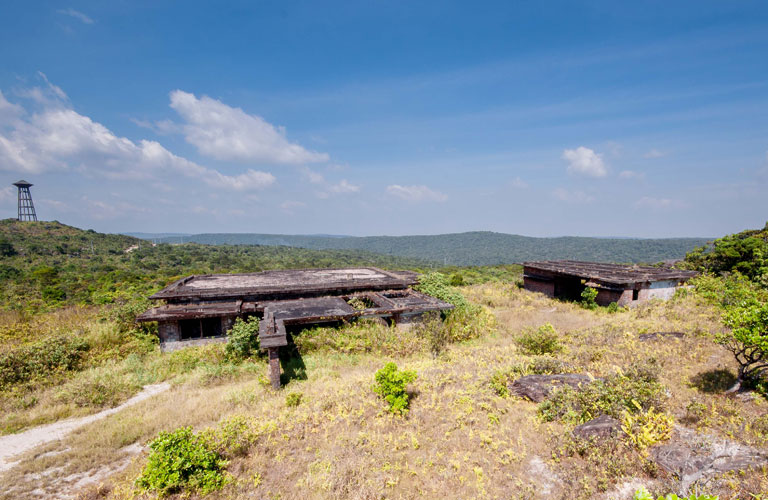 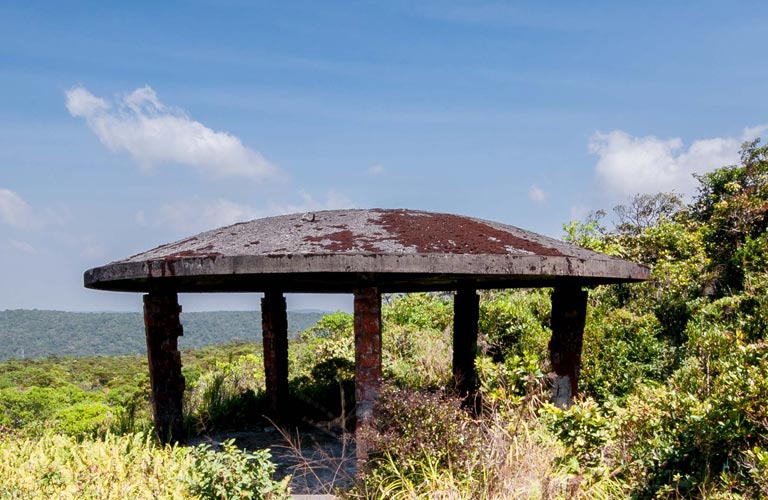 This grand colonial building is a historical hotel built by French colonial and opened in 1925. The hotel was almost continuous use until 1972. The hotel was a retreat from the fierce heat of the summer plains. Now, the building is under reconstruction and restored to its original state to enable guests to experience the hotel’s past glory and splendor. The building will be the first colonial architecture in Cambodia museum.

“Wat Sampov Pram” or “5 boats Wat” came from the five oddly-sculpted rocks nearby resembled boats. The beautiful legend of the boats will be told by our expert guide. Wat Sampov Pram was built in 1924 by King Monivong. Behind the temple is breath-taking view of the sapphire sea and emerald green jungle you will be amazed.

The huge Lok Yeay Mao statue was constructed in 2010 with 29 metres high, sitting in meditation posture and facing to the coastal area. Lok Yeay Mao is considered a protector spirit of travellers, fishermen and hunters.

The Old Catholic Church was built by the French in the early 1920s as part of the French township on Bokor Mountain. The church’s interior is surprisingly well kept. Here at the cliff behind, it is known for beautiful and romantic sunset.

There are choices of a few scenic routes that you can take ranging from an hour to several hours to enjoy the mountain scenery. Taking these routes, you will be floored by the picturesque Bokor Mountain, its serenity and stunning beauty.

Thansur Sokha Hotel is the first and only highland resort in the Mekong Sub-Region amid pristine jungle wilderness and pleasant cool weather on the top of the mountain. The resort is located next to Bokor historical sites and surrounded by captivating nature views.
Thansur Sokha Hotel offers comfort and eco-friendly rooms and suites decked out with modern Khmer art and equipped with quality amenities. All guestrooms are comfortable served with world-class service. The Big Buffet restaurant indulges guests in a private area featuring western specialties dishes, Khmer’s signature dishes and extensive wine list.

It takes 45 minutes drive from Kampot town and 90 minutes from Sihanouk Ville to get Bokor Mountain, and less than 3 hours from Phnom Penh to Kampot Province.

JOIN THE CONVERSATION ON OUR SOCIAL MEDIA CHANNEL